Autism Research and Treatment in Wisconsin 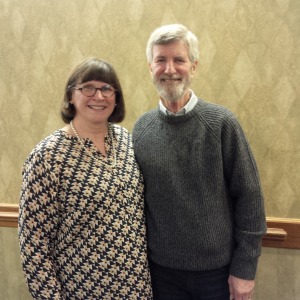 What is autism and why do we read and hear so much more about it today than even a few years ago?  Drs. Glen Sallows and Tamlynn Graupner addressed that question for the Rotary audience Wednesday, April 8.  They  explained that research such as they are engaged in has added to the understanding of the causes and interventions which means even mild cases are now included in the statistics.

Speaking in tandem, raising questions and responding to the symptoms that trigger parents, teachers and physicians to look for autism (ASD), the speakers noted that “everyone looks for it now” so, of course, it is more  prevalent.  Not that long ago it was thought that between two to five of every 10,000 patients were diagnosed with ASD.  Fewer people were looking for it because no one thought there was a treatment.  Now it is estimated that there are 1 in 108 people in Wisconsin with ASD and reporting is more accurate  because of both research and improved methods of record-keeping.

The news that autism, characterized by symptoms of delayed social language, delayed social interaction and repetitive/unusual interests, can be diagnosed at 12 months or even younger is the key to successful treatment.  That about half of treated children improve to the average range, understanding language, improve on behavior and self care, and most will speak, is positive news.

Dr. Sallows is cofounder and President of the Wisconsin Early Autism Project (WEAP) and has been working in the field of autism for over 25 years.  Dr. Graupner is cofounder  and CEO of WEAP and her research through the UW Waisman Center involves studying the brain bases of the symptoms of autism.  Both are dedicated to continuing to find new ways of addressing autism.  If that results in reporting a higher incidence of ASD, it does not mean an epidemic.  It will mean more attention to and perhaps improved means of intervention at a younger age.