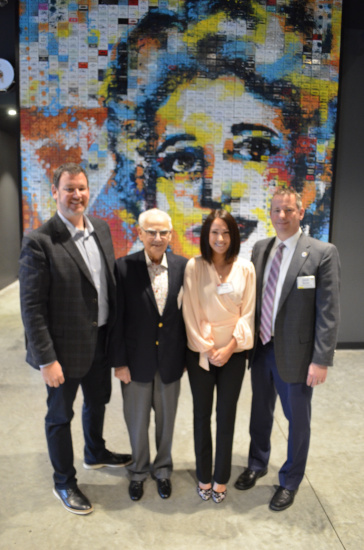 That’s how Joel Plant, Frank Productions CEO, describes their company.  Indeed, Herb and Sylvia (who The Sylvee is named for) Frank came to Madison in 1964 to manage operations for the Capitol and Majestic theaters.  And the rest is history…now Frank Productions booked 214 shows in 148 cities in North America in 2018, with plans for more than 1800 shows this year across the nation.

Here in Madison, the Frank family, including patriarch Herb, sons, Fred and Larry, daughter-in-law Marla and granddaughter Renee all work in the family business with a staff of 55 overseen by Plant.  Their mission statement is “Connecting artists with fans and helping them have fun!”  With their recent merger with the Majestic Theatre, acquisition of the High Noon Saloon and the opening of The Sylvee, Frank Productions will reach even more fans.  Frank Productions also owns facilities in Columbia, Missouri, Nashville, Tennesee, and books 15 more exclusive venues in North America.

The brand new Sylvee is a state of the art venue with a capacity of 2500 and seating for 150.   Situated right in the middle of Madison’s burgeoning Capitol East neighborhood, The Sylvee is right where the action is, and, in the first six months, they sold 70,000 tickets to 53 shows and 34 special events, averaging 1700 patrons a show.  And poured 167 thousand ounces of Spotted Cow!  Plant joked “and it wasn’t even our best seller.”

Frank Productions take pride in their relations with the neighborhood and law enforcement.  “We want to make sure that our business doesn’t have a negative impact on the neighborhood and community.”  While some in Madison have had concerns about other venues suffering with Frank’s expansion, Plant says all indications are that other venues are doing better as well.  And he notes that their presence has had a positive economic impact on the restaurants and other businesses in the area.