An Analysis of the 2018 Mid-Term Election 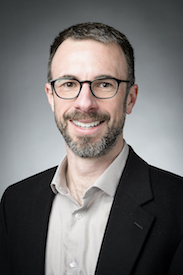 UW-Madison Political Science Professor Barry Burden, on February 6, gave Rotarians an overview of the November 2018 election in Wisconsin, along with an analysis of how and why voting patterns differed from past midterm elections.

The 2018 election had the highest national voter turnout rate for a mid-term election since women won the right to vote in 1920. Wisconsin’s participation in the midterm was higher than most other states’ turnout in presidential elections. Both major political parties had turnouts above 60 percent in our state, and the overall participation was 25 percent higher than would normally be expected for a midterm.

Burden attributed the high turnout to the fact that it was an “interesting election” driven by the gubernatorial race. He recalled that his students were watching the Walker-Evers race much more closely than more nationally hyped elections, such as Beto O’Rourke’s Senate bid in Texas.

The 2018 Wisconsin election ended the longest stretch of one-party control in the state since the 1950s. Burden noted that former Governor Walker has always been highly organized and disciplined as a candidate, and he is a master at fund raising. However, Burden described a shift in Wisconsin politics away from the formula that worked so well for Walker in the past toward a formula that worked well for Donald Trump in 2016. Walker was first elected Governor in the Tea Party Wave of 2010, which was a good year for Republicans. In contrast, it was clear early on that 2018 would be a difficult year for Republicans.

Democratic voters were better mobilized in 2018, and they voted in big numbers, particularly in Dane and Milwaukee counties. Although Walker won 65 to 70 percent of the vote in the Republican strongholds of Waukesha and Washington counties, neither the turnout nor the Republican edge was as strong there as in the past.

Burden does not believe Wisconsin saw a “Blue Wave” in 2018. First, the results were not particularly surprising. The President’s party always suffers losses in mid-term elections. Second, the effects of gerrymandering have proven to be quite durable.

Burden explained that until recent years, collecting more votes generally translates into winning more seats in Congress and state legislatures. According to that rule of thumb, the Democrats should have picked up 30 more seats in the House of Representatives than they actually did.

Democratic voters tend to live in densely populated cities. Burden said this presents a districting problem for Democrats even in “blue states.” The other problem for Democrats in Wisconsin and some other states is that the current voting maps were drawn by the Republicans who prevailed in the “Red Wave” of 2010.

Next year will be another exciting election year. With the Census taking place next year, the state legislators elected in November 2020 will get to draw the next set of voting maps in 2021. And, according to Burden, Wisconsin is the most competitive state in the nation and we can expect the presidential candidates to spend a lot of time and money here in 2020.