The Impact of the COVID-19 Pandemic on the 2020 Elections 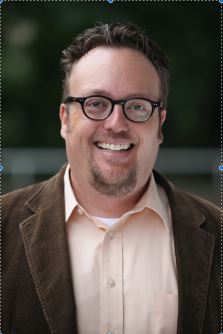 This week, UW-Madison School of Journalism Professor Michael Wagner spoke to the Downtown Rotarians on Pandemic Voting: Information, Geography and Polarization in the 2020 Elections. The J-School has done a lot of research on the impacts of media and voting and has tracked the polarization of Wisconsin voters since 1996. Since that time, we’ve seen a decline in local newspapers and local news reporting, a rise in talk radio and social media, as well as a stark rise in the amount of political advertising in our state. The School of Journalism has done a lot of research on the impact of changing information channels and has found that the broader your media diet, the more likely you are to vote outside of party lines. As an example, those who viewed a wide range of information sources were 50% more likely to split-ticket vote in an election (i.e., choose candidates from more than one party on the same ballot). Those who consumed a narrower range of media had nearly no likelihood of splitting a ticket.

The researchers also wanted to compare whether Wisconsinites were move divided on politics from other swing states like North Carolina, Pennsylvania, Michigan and Ohio. The results were true that Wisconsinites’ attitudes around politics and social trust were more divided than other swing states. One researcher felt that those in rural and suburban areas of Wisconsin had long felt neglected and under-represented. Governor Walker’s campaign spoke to those people by denouncing Madison and Milwaukee influences, which could have had an impact in the attitudes of those outside the more metropolitan areas.

Ultimately, Professor Wagner summarized his talk by saying that Wisconsin remains divided due to partisanship, geography and the information we consume. He also made clear that these divides fracture our political and personal relationships in many cases. The good news is that a varied and wide media diet can influence these views and offer opportunities to work across party lines.