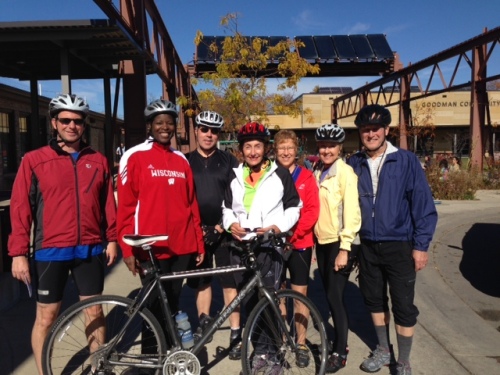 Ever been to McCarthy Reserve? Even know where it is?

SPOKESwoman Becky Steinhoff who led the Big Wheels Bicycling Fellowship fall bike outing on Sunday, October 26, took us there during a hilly trip through the fall colors.  Our bike wheels met the pavement in Madison, Monona, Cottage Grove and the Town of Burke before we headed back to our stating point, The Goodman Center, where we doubled our numbers for food and conversation. 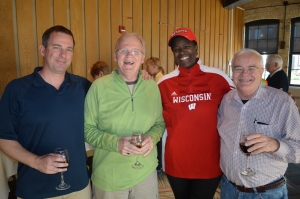 Besides the bright colors on a sunny and no-wind day, we saw Halloween decorations in one neighborhood sure to win prizes in a decorate your yard contest, as well as farm fields and peaks of Lake Monona.

Back at the Goodman Center, Becky hosted us with her fabulous lasagna (both meat and veggie) and wine, with the rest of us adding to the potluck mid-day dinner.

What’s next? Talk of a cross country ski fellowship as bicyclists switch gears for winter.